(CNN Business)Last week I whipped up a batch of watermelon cookies. The recipe called for watermelon, of course, along with sugar, flour, an egg white, and a few other ingredients. The directions were pretty simple: stir the watermelon gently in a saucepan filled with sugar water over medium-high heat, add in the egg white, and mix in flour, baking powder and salt.

The result was barely edible. It looked more like a watermelon omelette muffin than a cookie, and tasted like a sugary, gloopy nightmare. My four-year-old daughter was the only fan in our house, saying they tasted “weird” but also protesting when I threw them in the compost.
Had a friend sent me this recipe, I would have been disappointed and wondered what trauma had led them to this horrific assemblage. But since it was produced by artificial intelligence, I was stunned: Sure, the food tasted terrible, but the recipe was so smoothly written it could have easily been concocted by a watermelon-loving human.
Watermelon cookie recipes are just one of countless text-based things that can be generated by new AI software from nonprofit research company OpenAI, which was cofounded by Elon Musk and counts Microsoft as one of its backers.
Feed it a few words or sentences — the start of a recipe, a fragment of a poem, the first line of a news story — and it will do its best to expand on the prompt by creating text that matches its style as closely as it can.
The results can be wacky, weird, disturbing, or something else entirely, and can go on for multiple paragraphs while sticking to the same subject matter. They show how skilled computers are becoming at producing coherent-sounding text, even though they don’t understand the meaning behind the words they string together. They also highlight OpenAI’s goal of building AI that can be used for many different purposes — and the potential danger that come with training AI on a vast collection of internet text. 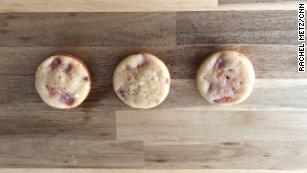 An AI-generated recipe for watermelon cookies sounded like it could work, with ingredients including watermelon, an egg white, and half a cup of sugar. It did not taste good, however.
The AI software, known as GPT-3, is accessed through what’s known as the OpenAI API. Both were rolled out in June, and are currently available only to a select group of companies and software developers (for now, it’s free to use, but OpenAI eventually plans to charge for it). Despite its limited availability, it’s getting plenty of attention throughout the tech community, particularly on Twitter, as data scientists, venture capitalists and others posted about its implications.
GPT-3 was trained on a dataset that is about two orders of magnitude larger than that of its predecessor GPT-2 (which itself was a subject of controversy in 2019, as OpenAI initially vowed not to release it publicly for fear that it was so good at composing text that it might be misused — for creating false but true-sounding news articles, for instance). This dataset is huge, with 570 gigabytes of text from what’s known as the Common Crawl dataset, which is made up of billions of web pages.
Already the OpenAI API is being used for a range of applications, from improving a text-based adventure game and helping make better customer-service chatbots to allowing people to create website layout code by just typing what they want (such as “a button for every color of the rainbow”). An online “playground” — essentially a window where you can write a prompt that you want the AI to expand on, such as “peanut butter jelly pop tarts recipe” — allows for simple experimentation. (OpenAI declined to allow CNN Business to access it, but a developer gave us a peek). 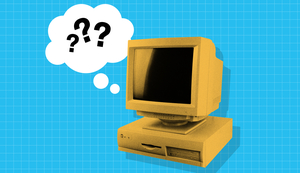 This quirky experiment highlights AI’s biggest challenges
Janelle Shane, an optics research scientist who runs the popular blog AI Weirdness, is prompting the AI to generate quirky things such as often-false “facts” about horses and whales. These include such insights as a horse “has two eyes on the outside and two eyes on the inside” and is “about five times the size of an elephant, three times the size of a cow and nearly the size of a giraffe.” The AI also determined that whales, “and especially baleen whales, are well known for their enormous size, but most types of whales are not larger than a full-grown adult human.”
Shane, who has had access to the AI system for several months, considers GPT-3 a leap forward in coherence of the text that can be generated — beyond GPT-2, which itself could generate whole paragraphs that more or less stayed on target, she said. 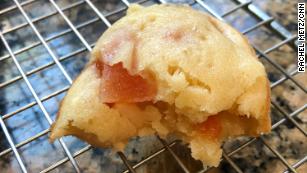 An AI-generated recipe for watermelon cookies was created with the help of a new AI system called GPT-3 that can produce remarkably human-sounding text.
Still, it doesn’t know things that even a very young child would, which makes it unlikely that it will replace most of us human writers any time soon.
“It is interesting to see how these very advanced language models can produce comprehensive technical text and code, yet will flub this question about how many eyes a horse has,” she said.
It is extremely good at imitation, however. Joshua Schachter, who generated and tweeted the watermelon cookies recipe I tried out, is exploring just how well the AI can mimic everything from fine art to job ads. Schachter, who founded now-defunct social bookmarking site del.icio.us, has gotten the AI to produce drawing instructions á la conceptual artist Sol Lewitt (“a form like an octagon with eight sides, all one half of a circle, connected by vertical line segments, each attached at a different place”) wacky cookie ideas (“Clam Cookies”, for instance, which came with the claim, “Even though these clams might not make you happy as a clam, this recipe makes a delicious dessert”) and more.
He showed me, among other things, how it can even come up with its own detailed recipe blog posts, complete with a meandering story at the top about how meaningful the recipe is to the writer. For instance, given the prompt “Peanut Butter Jelly Pop-Tarts Recipe” and “When I was a small child,” the AI followed up with “I couldn’t wait for my school’s bake sale. They would sell different kinds of baked goods and every year they would sell these weird homemade pop tarts. Of course I would always be really excited and buy a pack, only to take a bite and be left with a face full of disappointment.”
“It is a lot of fun to play around with,” Schachter said. 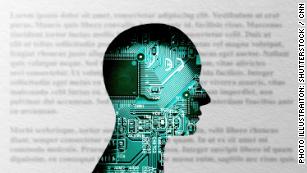 This AI is so good at writing that its creators won’t let you use it
Of course, while this AI can create human-like copy, there are still plenty of shortcomings. Shreya Shankar, a machine learning engineer at Viaduct, which makes AI for vehicles, found GPT-3 can match patterns of text really well — which makes sense given how much of the Internet it has been trained on. Yet, as she and others have noted, the enormous amount of training data means it can also serve up toxic results.
“If you memorize the entire internet, for example, you memorize the good and the ugly parts,” she said.
And as I saw firsthand in my kitchen, just because it can generate text that sounds like it was written by a human — such as that watermelon cookies recipe — doesn’t mean this AI actually understands any of the theory of cooking or baking. At one point, the watermelon cookies recipe instructed me to add an egg white to a pot of hot watermelon sugar-water, which resulted in scrambled watermelon eggs.
Tags: AI

[Tribune] Pierre Grand-Dufay: Artificial intelligence in the fight against coronavirus

by AM April 8, 2020
Show CommentsClose Comments