Devices connected to the internet and artificial intelligence (AI) are being introduced to nursing care in Japan. There is a shortage of carers in the country because of its ageing society and because the coronavirus pandemic is restricting face-to-face contact. Sensors monitor the lifestyle habits of the elderly, while AI -initiated phone calls check on the elderly daily, allowing carers to look after them remotely. “You went to the bathroom many times yesterday,” a care manager says over the phone to a man as he checks data on his recent routine. The man’s home is equipped with sensors installed in the bathroom, bedroom and refrigerator, as well as attached to doors, providing the care manager with data via the internet on how frequently he uses the bathroom, how long he sleeps and whether he has eaten. 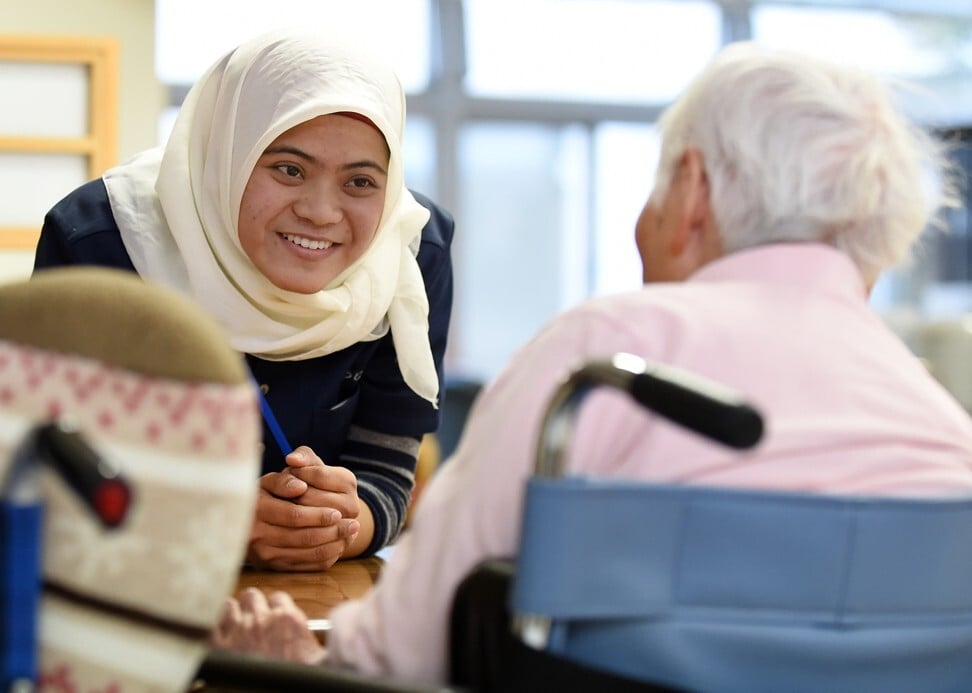 The sensors do not emit light or sound so as not to bother the householder.

The city of Miyakonojo in Miyazaki prefecture, southwestern Japan, has tried using data collected by the devices to create care plans for people in its “digital care management” project, and assessed its effectiveness last year.

Joining forces with major electronics maker  Panasonic and a group of local care managers, the city analysed the project results for three months from October, and found that the lifestyle habits of all four people who took part in the trial improved.

Shinichi Omine, deputy head of the group, said he felt “data can turn users’ worries into a sense of security”. A wearable device that indicates when it’s time to urinate is helping carers and care recipients alike. 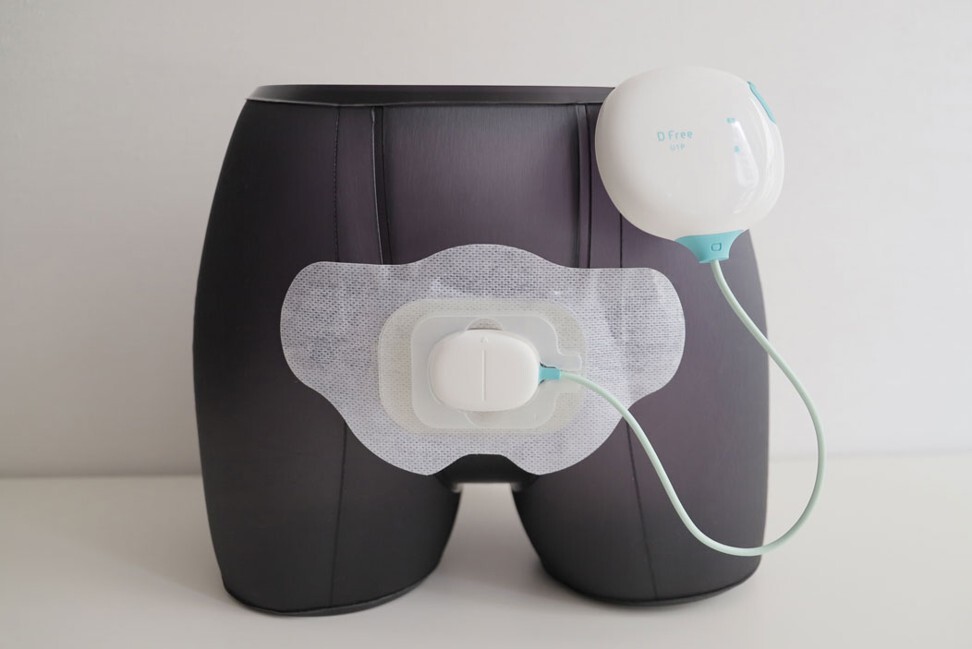 Triple W Japan has developed a device featuring a sensor that can measure bladder size and send data to tell carers the wearer needs to use the bathroom. Photo: Triple W

Triple W Japan, a Tokyo-based internet technology firm, developed the device, DFree, featuring a sensor that can measure bladder size using ultrasound and notify carers through the internet when it reaches a certain size and it’s time for their client to go to the bathroom.

“Cleaning up after a toilet mishap is a heavy burden on care workers, both in terms of time and physical effort,” said Masaya Matsumura, 34, of Social Welfare Corporation Zenkoukai in Tokyo, which runs a number of nursing homes in Japan. He says the device “helps maintain the dignity of the elderly” by preventing them from wetting themselves.

Nara prefecture in western Japan is starting a trial of an AI phone-call service to check the health of senior citizens daily. In the trial, which also involves mobile phone operator NTT Docomo, the AI asks people whether they are in pain. If, for example, they reply that their knees hurt, the AI will ask how long they have had the symptoms and whether they have gone to see a doctor.If the people say they are not feeling well or if they do not respond to calls, a family member will be notified.

“If we accumulate data, we will be able to quickly spot a sudden change in someone’s health condition or the development of  dementia,” said a Nara prefecture government official in charge of the project.

There were about 1.95 million care workers in Japan in the 2017 financial year. The industry’s jobs-to-applicants ratio remains more than twice as high as the average for all industries, reflecting a chronic labour shortage in the sector.

AI Returns The Favour: Implications Of Deep RL In Neuroscience